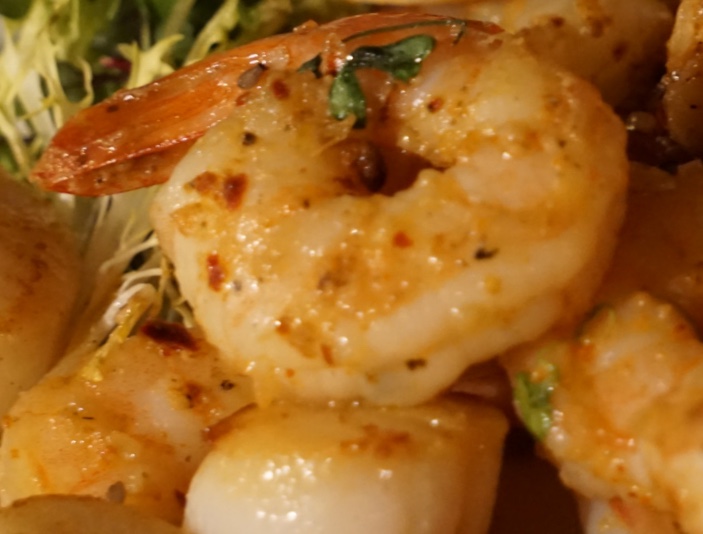 Nothing say’s “I love you” like preparing your Sweetheart or bae a delicious home cooked meal on Valentine’s Day!

Marinate the shrimp with 1 1/2 tbsp olive oil, salt and half of the chopped garlic (1 clove) and place in refrigerator for 30 minutes.

Add the other 1 1/2 tbsp olive oil to a saucepan on medium heat. Add the marinated shrimp and cook for about 2 minutes or just until pink and remove the shrimp from the skillet. Leave the drippings in the pan and add the other chopped garlic clove, shallots, crushed red pepper and lemon pepper and sauce until browned.

Add the wine and lemon juice to the pan and reduce by half. When reduced, add the butter and lemon zest and stir until the sauce becomes thick and glaze like.

Add the partially cooked shrimp back to the pan and cook a few more minutes until done. Do not overcook the shrimp.

Top with the chopped parsley and serve over your favorite pasta or with a good crusty baguette.

Suggested music for your listening pleasure while preparing…

This site uses Akismet to reduce spam. Learn how your comment data is processed.